"We cannot stop the changes in the world of work, nor do we want to"

Germany is to press ahead with plans to give employees the legal right to work from home, the country’s labour minister has said, as the coronavirus pandemic prompts governments to consider major reforms in the world of work.

In an interview with the Financial Times, Hubertus Heil said the draft law would be published in a few weeks’ time. It aims to ensure workers have the option of working from home when possible, as well as to regulate home office work, such as limiting hours.

Mr Heil said that the law would seek to reinforce workers’ rights and set clearer boundaries for the increasingly blurred lines between personal life and work. He hit back at critics who argue that his plans could weaken workers’ ability to engage in collective bargaining and could encourage companies to outsource jobs abroad to countries with lower labour standards.

The pandemic has pushed many employers around the world into a forced experiment in mass mobile work. The fundamental lesson of this crisis is that a strong welfare state not only helps people, but has an economically stabilising effect Hubertus Heil, Germany’s labour minister

While it offers companies scope for cost savings, many governments are grappling with the question of how to regulate workers’ welfare when they are away from the office.

France is relying on a 2017 law that limits the extent to which employees are obliged to answer phone calls and emails outside the office, while Spain, Greece and Ireland all want to legislate to introduce fresh homeworking regulations. Spain has approved decrees that make employers liable for work-related costs.

Germany, once a laggard in embracing flexible work, has upended its sluggish reputation for change in recent months by pushing ahead with the legislation.

It is part of a wider rethink of the German economic approach which includes abandoning the country’s longstanding commitment to running a balanced budget — dubbed the “black zero” or “schwarze Null” — and extending its Kurzarbeit, or short-term work scheme, a way of cushioning workers from the worst of the economic slowdown.

“The fundamental lesson of this crisis is that a strong welfare state not only helps people, but has an economically stabilising effect,” Mr Heil said.

The Social Democrat announced plans for the law in June, though the draft will still need to be passed by parliament and may only receive hesitant support from his party’s senior partners in government, Angela Merkel's Christian Democrats (CDU). Many business leaders close to the CDU argue the legislation is unnecessary.

Ingo Kramer, president of the German Employers’ Association, has called the proposals “utter nonsense” and warned they would encourage German companies to outsource jobs to cheaper workers abroad.

Some companies are eager to shift to performance-based compensation, instead of paying staff for the number of hours worked. Some labour activists fear this could erode collective wage bargaining, a key pillar of Germany’s social market economy. Remote workers may also struggle to organise effectively when they do not meet face to face.

Mr Heil said his law would protect collective bargaining rights, but did not offer details.

“There are already combinations of such models, of wages and bonuses... But I am not in favour of abolishing classic wage systems,” he said. “Companies and employees will always have different interests. We have to balance these interests fairly.”

He acknowledged that not all jobs would benefit from the legislation, and that gender disparities remain a challenge.

“There is the cliché, which is unfortunately often true, that men go into their home office and close the door while women working from home are simultaneously taking care of children,” he said.

But he said his plan could not be blamed for companies moving work to cheaper countries, or for the loss of jobs that were becoming obsolete as a result of automation and technological change long before the pandemic hit.

Berlin hopes that a new law passed this spring offering grants to downsizing companies if they provide training to help workers with the transition to new jobs will cushion the impact of the labour market changes. Recommended The FT ViewThe editorial board Companies need a new compact for working from home.

Germany will use the remainder of its presidency of the EU — which runs until the end of this year — to press the rest of the bloc to adopt similar policies, Mr Heil said.

He also intends to push Brussels for regulations holding companies more accountable for the welfare of workers in the gig economy.

However, Mr Heil acknowledged that negotiations over a European minimum wage were unlikely to be completed during Germany’s presidency, which was highly anticipated but has struggled to meet its ambitious goals.

He said Berlin’s efforts had been slowed by the crisis, as EU nations had sought to maintain cohesion while the challenges of remote working made decision-making harder. “It is not always easy to negotiate in video conferences,” he said.

Other measures Mr Heil has endorsed involve a sweeping review of German labour regulations. He has proposed an overhaul of the meat industry to stop exploitation of migrant workers and he backs a controversial law that would hold companies liable for human rights and environmental violations along every step of their supply chain.

The draft law faces resistance from the CDU, which says its terms are too strict and put companies at a competitive disadvantage abroad.

Mr Heil said he wanted the proposals to spark a Europe-wide debate about supply chain regulation. “This is a question of a fair, level playing field,” he said. “It creates legal certainty for companies and it is simply necessary [that] we take care of such issues.” 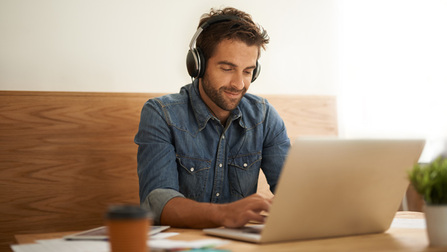