First workshop of the working group of the Federal Government and the Länder on fighting human trafficking for labour exploitation: counselling and support structures

At the invitation of the Federal Ministry of Labour and Social Affairs, around 40 representatives of the competent Federal Government and Länder ministries, the social partners, specialised counselling centres for the victims of human trafficking, the Federal Criminal Police, the social security funds and the customs unit combating undeclared work attended the workshop. In addition, international organisations such as the International Labour Organization (ILO) and the Council of Europe were also represented. Moreover, the German Institute for Human Rights, the Alliance against Human Trafficking for Labour Exploitation and the welfare organisations of the Catholic and Protestant church (Caritas and Diakonie) sent high-ranking representatives to the workshop, too.

Susanne Hoffmann, Director-General responsible for European and International Labour and Social Policy, welcomed the workshop participants. In her opening remarks she stressed that the Federal Government and the Länder must resolutely tackle illegal practices together. She added that the competent Federal Government ministries should also work together more closely and develop common strategies.

In her presentation, Petya Nestorova, Executive Secretary of the Council of Europe Convention on Action against Trafficking in Human Beings (GRETA), talked about challenges and best practices in identifying and providing support to victims of human trafficking for labour exploitation. She described the structures in other European countries and explained that in comparison, Germany was offering too little support, especially to male victims. For example, one thing that was missing was safe shelter for persons having escaped a situation of labour exploitation.

During the workshop, a sub-working group was established, which has been tasked with developing a strategy paper on effective counselling and support structures for victims of human trafficking for labour exploitation. This paper will address different points, which were discussed during the workshop, among them: How can the tasks be divided between the Federal Government and the Länder? Which tasks must government perform, which tasks are non-governmental? Which counselling services already exist in the Länder and how can they be complemented and improved? What is the job of a specialised counselling centre, which skills should it have to be a able to support victims effectively?

The work of the sub-working group will be fed into an overall strategy for the fight against human trafficking for labour exploitation, which is to be drawn up by the end of 2016. To this end, two other workshops will be held in April and June on the issues of prevention, awareness-raising, public relations as well as prosecution of human trafficking, forced labour and exploitation. 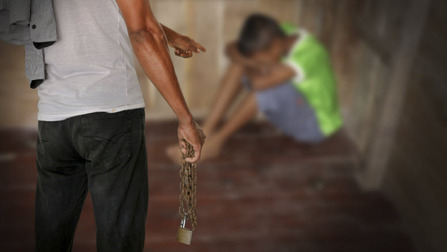 Within the German Government, the Federal Ministry of Labour and Social Affairs is the ministry in charge of fighting human trafficking for labour exploitation and of helping victims.