In future, those who are not employed or self-employed in Germany, and who are not entitled to benefits under Book II of the Social Code on the basis of previous work, will not be entitled to long-term benefits under Books II or XII of the Social Code within the first five years. However, those affected can receive temporary benefits for the period until they leave the country – for a maximum of one month. In cases of need, a loan is also provided to cover the costs of the return journey.

EU citizens will in future be entitled to benefits under the relevant system after five years of residence in Germany. Employable claimants will then receive benefits to ensure an adequate subsistence level under Book II of the Social Code. The principle that with rights come responsibilities will then apply. An exception exists for people who have lost the right to free movement. Periods of time in which people are not lawfully resident in Germany because they are required to leave the country do not count towards the five-year period.

Following decisions by the European Court of Justice, the Federal Social Court (Bundessozialgericht) and several Higher Social Courts (Landessozialgerichte), it had become necessary to make the legal provisions more concrete. The judgments had confirmed that economically inactive EU citizens are not entitled to benefits under Book II of the Social Code (exceptions were only possible if they had previously worked in Germany). However, the Federal Social Court had awarded this group cost-of-living assistance from social assistance under Book XII of the Social Code. In the first six months, the judgments stated, this was a matter for the authorities’ discretion. After six months of residence, however, granting social assistance was mandatory, in the Federal Social Court's view – irrespective of whether the person in question was seeking work or was even lawfully resident in the country under the EU Freedom of Movement Directive. In this respect, the Federal Social Court's judgments diverged from the principles which are set out in the EU Freedom of Movement Directive and which had been confirmed by the European Court of Justice in various judgments of principle. The current reform of the law takes place within this framework.

This framework enshrines a general requirement of equal treatment for EU citizens who are resident in another Member State within the framework of their right to free movement, or in other words are lawfully resident. Under the EU Freedom of Movement Directive, EU citizens and their family members have a right to free movement on three conditions:

EU citizens have a right to free movement in order to seek employment for up to six months; beyond that time, this is true only as long as they can provide evidence that they are continuing to seek employment and that they have a genuine chance of being hired. After five years of lawful residence, EU citizens are, as a rule, entitled to permanent residence.

However, the EU legislation expressly permits exceptions to the requirement of equal treatment when it comes to access to tax-funded social benefits in the case of those who do not have the status of worker or self-employed person and who also do not have permanent residence status. These exceptions in the EU legislation are intended to avoid an unreasonable burden on the social-security systems of the host Member States and to prevent migration for the purpose of accessing social assistance, as the level of social benefits varies considerably within the European Union. The principle which applies in this context is that persons dependent on social assistance must claim it in their home country. Against this background, the European Court of Justice has recognised that provisions enshrining non-entitlement to benefits under basic income support for jobseekers are compliant with European law, including in its "Dano" (September 2014) and "Alimanovic" (November 2015) judgments. 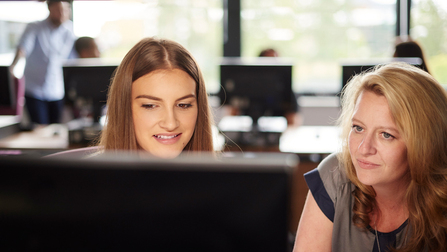 The Federal Ministry of Labour and Social Affairs clarifies entitlements in Books II and XII of the Social Code.