Accession to the European Union is a central political aim for many countries, in view of the numerous advantages for citizens and the EU’s economic strength. EU enlargement has been a defining feature of the European Union’s development.

Having started with six founding members – Belgium, France, Germany, Italy, Luxembourg and the Netherlands – the EU accepted a further twenty-two countries as members between 1973 and 2013, over a total of five rounds of EU enlargement. At present, the European Union thus has 28 Member States.

Another seven countries currently have prospects of joining the EU: Turkey and the six Western Balkan countries of Montenegro, Serbia, Albania, Macedonia, Bosnia and Herzegovina, and Kosovo. The EU is conducting accession negotiations with three of these EU candidates at present – Turkey, Montenegro and Serbia. This means that these three countries are undertaking a range of reforms to harmonise their legal systems with the European Union’s acquis and values, on the basis of 35 negotiating chapters.

Two of these chapters, Chapter 2 – Freedom of movement for workers – and Chapter 19 – Social policy and employment – require harmonisation with European labour and social legislation, a policy field for which the Federal Ministry of Labour and Social Affairs, in particular, is the lead ministry in Germany. We therefore monitor and support the European Commission’s negotiations on these two chapters, and critically observe and scrutinise the reforms undertaken by these enlargement countries to implement the full acquis communitaire in the field of labour and social affairs.

Chapter 2 regulates freedom of movement for workers. Every EU accession country must adapt its legal system to allow all EU citizens to work within its territory. In addition, EU migrant workers must be treated in the same way as national workers in relation to working conditions and social and tax advantages. Insured persons who move within the EU, and their family members, are entitled to social benefits provided by the state.

Chapter 19 gradually harmonises the EU accession candidates’ legal systems with the EU’s legal acquis and develops the necessary administrative capacity in relation to social policy. This legal harmonisation relates to EU standards in the fields of labour law, health and safety at work, social dialogue, employment policy, social security, social inclusion, equality and anti-discrimination in the workplace, and the European Social Fund (ESF). 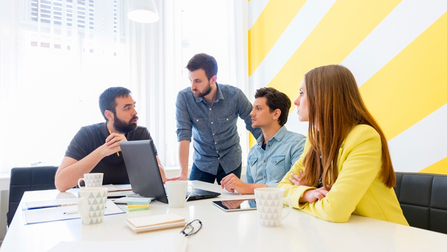