Ways for refugees to gain access to the labour market

Labour-market access for refugees depends on their status under residence law. No labour-market access is available for the duration of stay in an initial reception centre and for tolerated persons who are themselves responsible for obstructing deportation or have infringed their obligations to cooperate in removing the obstacle to departure.

As of 24 October 2015, asylum applicants and tolerated persons from safe countries of origin may not engage in employment if the asylum request was submitted after 31 August 2015.

Asylum applicants are persons who have applied for recognition as persons persecuted on political grounds or refugees and whose procedure is therefore still underway. Tolerated persons are those whose applications for asylum have been refused but cannot be deported for certain reasons (such as war in the country of origin, inability to travel, no means of transport to a country destroyed by war, missing documents).

Both asylum applicants and tolerated persons have the same general access to the labour market. Their time limit for labour-market access has been recently shortened to three months. An employment ban can, however, be imposed on tolerated persons, if they have infringed their obligations to cooperate in leaving the country (particularly submission of identity papers), for example. The application for a work permit is also subject to certain rules.

Persons entitled to asylum and quota refugees are persons who have been recognised as being persecuted on political grounds. They have unconditional access to the labour market.

Asylum applicants and tolerated persons generally need a work permit, which is issued by the local foreigners authority. During the first 4 years of stay, consent is also required from the Federal Employment Agency for a specific job. It gives permission on the one hand after a review of equivalent conditions of employment (on equal footing with national employees) and on the other based on whether a German or other worker with the right to freedom of movement under EU law is available for the specific employment (so-called priority review).

Asylum applicants and tolerated persons can also work without any need for approval, that is, without a priority review or review of the conditions of employment, if they take up vocational training or engage in employment that meets the conditions for issuing a EU Blue Card (university degree and annual salary of EUR 48,400). Moreover, no employment is subject to approval after 4 years stay.

Permission has also been recently granted for asylum applicants and tolerated persons to engage in temporary work where no priority review needs to be conducted for the occupation performed. Temporary work is accordingly possible as skilled personnel for the above-mentioned employment after expiry of the three-month waiting period and generally after a stay of 15 months. 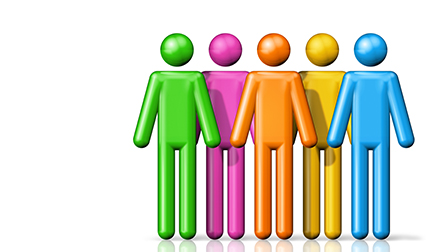 Overview of labour-market access - Information on ways to gain access to the labour market, cost of living assistance and integration and programme support benefits by asylum status 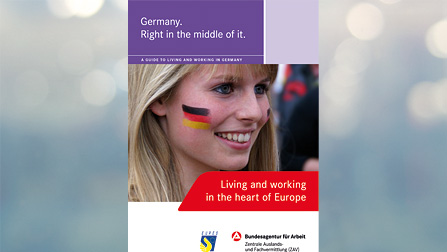 Publication Germany. Right in the middle of it.